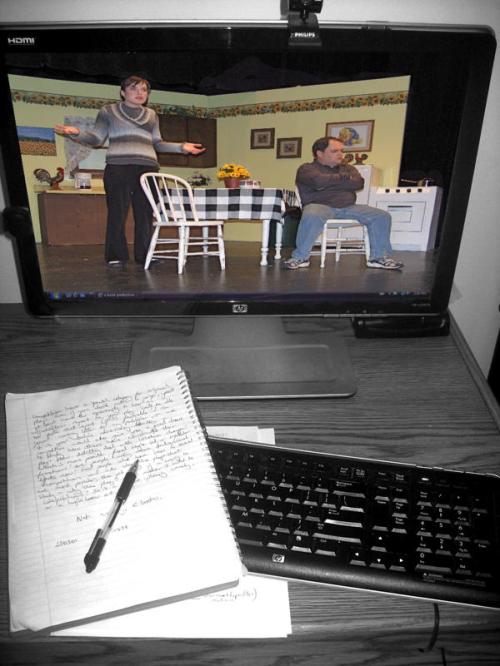 From page, to keyboard, to stage...sometimes....

I’m trying hard not to be come a monomaniac here, but the subject of work is a constant one here in our house. It’s a bit like we heard about Canada before we moved out here: Canadians complain about Taxes because that’s all they’ve got to complain about. That’s true for us to, but about work. We’re healthy, the kids are happy and well-adjusted (in the main…Meeting with Middle Weasel’s teacher tomorrow may tell us different…), the house is nice, the neighbours are cool…but there’s more money going out than coming in.

Mrs Dim had a good interview the other day, and we should hear by the end of the week if she’s got that job – three days a week, but in her specialist area and working for one of the Universities she’s been aiming for. She’s also got an interview this Friday, for a new type of position, big salary, but more than full-time and high stress. Plus there’s a commute. And in the middle of all this, she got a call from one of the agencies she signed up with, inviting her to do some work this Friday…The same day as the interview, naturally. If she declines two more offers from them, she’ll be taken off their books. Nice to be popular.

Anyway, here’s me racking my brains trying to find ways to make my writing earn more. I’ve finished a real play for the first time in months, so I hope that’ll help sales. In truth, the panto season is about to kick off, so I’m not likely to make much in one-act sales until next January. Lousy timing again. The new reviewing service is sporadic, but well-paid when it comes in. I haven’t had any luck promoting it as a service locally, I should really think about that.

I did join the BWS, a local writing group, but it was as…challenging as I’d feared. They’re into short stories and novels, and though I have a history with both of those (I’ve written three novels, you know. They were all terrible and none of them, quite rightly, have ever seen the light of day.) I don’t feel the need to trot them out in front of this group to have them torn apart. I know I can’t write consistently in those formats, that’s why I’m a playwright. But I might keep going once the group restarts in September – it does you good to get out now and again, doesn’t it?