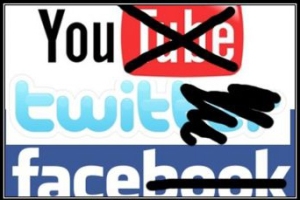 Social Media is something you have to LEARN about...

This week I have been lurking in my online class, slow to take up the lessons being so freely given by Kristen Lamb. You’ll see that I’ve finally snapped into action by the new title and direction of the blog, so I wanted to pay a little back by parading some of the blogs that inspire me on my down days:

Warrior Writers : Kristen’s Blog, obviously, because she talks about the upside down world of social networking in a way that makes sense – you have to help other people to build your own platform! What? Go and see.

James Moran’s Blog : I’ve mentioned Mr Moran in previous posts. He was the first screenwriter who sounded like an ordinary writer hitting the big time. He sold his first movie script and DID NOT BUY A MANSION IN L A . He still had to work! What a revelation. He then talked about the year that he said yes to every writing job he was offered (after the famine, the feast) and how it nearly destroyed his brain. I’m paraphrasing. Now he’s a sane balanced individual who just happens to think a lot about zombies. And monsters. And Dr Who.

Lucy V Hay’s blog : If you’re interested in writing for the screen, and especially if you’re UK based, then you should be reading Lucy’s blog. She really gets the social networking aspect of writing, linking to useful articles, raising community questions, guest blogging and having other writers guest on her blog. She’s qualified to doctor your script, she writes herself, has been intimately involved on at least two film shoots that I know of, and now she’s writing a novel. Plus her kids are funny.

Lego a day : There’s all kinds of inspiration, and I like the eye-candy nature of this blog. If it weren’t for that pesky mortgage, I’d have lego-a-day mugs, t-shirts and prints everywhere. Oh, can’t you just see some of these pictures printed out five foot by eight and hanging on the wall. I’ll take any of the Star Wars ones.

And of course, there are all my classmates with their blogs, old and new, and old ones made new – check them out by following the links HERE

Blogging is an odd hobby, and an even stranger business platform. Here’s a secret for today: I started blogging to prove how pointless and stupid it was. I was determined to avoid writing anything true or personal. But the people I met through the blogging community (a long lost group on Yahoo 360) gradually drew me out and turned that solitary activity into a social event. It could happen to you. You have been warned.

This entry was posted in Writing. Bookmark the permalink.

7 responses to “The Inspirational Mashup”