Word of Mouth – Is it the answer? 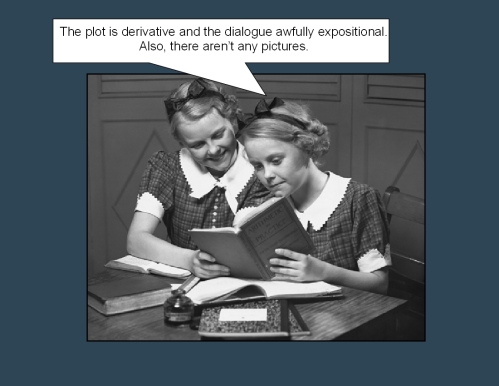 Step back in time a few years.

You’re an aspiring author, with a newly-completed manuscript in your hands. You have a few options. You can submit letters and samples to literary agents in the hopes of representation. You can do the same direct to certain publishing houses (after careful scrutiny of a book like “The Writers’ and Artists’ Yearbook” of course…) Or you could answer those dodgy adverts in the back of the writing magazines and find yourself Vanity publishing your book. Finally, there was the option of setting up a small press of your own, and trying to walk the line between vanity publishing and becoming publishing house.

With the first two options, there was a chance of success coming to you through the efforts of other people – the marketing department of your publisher, a keen and well-respected editor, hitting the reviews in the papers at just the right moment. With the other two…Well, Vanity publishing has a bad reputation, but small presses can boast some breakout successes.

Skip ahead in time, and we’re in the era of self-publishing. The internet and e-readers have opened things up, and anyone can be a published author. But that’s changed the routes for success too. It’s difficult to know which of the thousands of books out there have been through a decent editing process, which ones are written by people who know their craft and have put together a decent story with careful proofing, editorial input and production values.

Until recently, we were told that peer review – word of mouth – was the touchstone. Get some decent reviews on your Amazon page, or on Goodreads, and things will pick up. Readers will find you, and let other people know if your work is good.

This was certainly what I believed, but some recent stories have given me cause to doubt the effectiveness of word of mouth as a gatekeeper of quality. First there was Amazon’s purchase of the Goodreads site. When it began, Goodreads was a user-powered review site, where people could post honest reviews of books they’d read, and recommend them to friends. With Amazon in charge, there’s reasonable doubt filtering through. A bookseller in charge of a site that recommends which books people should buy? I don’t have any evidence that Amazon is manipulating reviews so that people buy their products, nor have I heard of anyone presenting any, but you wouldn’t put the Head of Monsanto into a government agricultural position, would you? Impartiality is important in peer review.

Then I heard the story of a lady who had withdrawn her first novel before publication, something she had worked hard on, because it was garnering many negative reviews from people who had never read it. She had questioned a negative review from someone who had not received an advance copy of her book, and the person had responded on a public thread that they had the right to post any review they liked. Other trolls came out of the woodwork to add their negative reviews of the book, also sight unseen. Convinced she’d never get a fair hearing, the author withdrew the book, something that had taken years of work and probably a good deal of money to prepare.

I asked the question on G+, and received responses from a number of writers who felt that the necessity for reviews was overstated. Some didn’t read reviews of their or other people’s work. Most felt that the review system was as open to abuse and manipulation as the old gatekeepers were, with friends and favours winning out over hard work and value.

I asked Mrs Dim if the reviews on books ever swayed her. She told me that she rarely read the reviews, and was more often moved to buy books based on the fact that she had read and liked previous work by the same author, or a friend recommended the book in person.

New authors are told to build a readership by building a relationship with potential readers. Build your platform, your website, your blog, and your social media presence. People will get to know the real you, they’ll buy your work and then they’ll talk about it to their friends, out there in the real world. I think this is actually still true, and the only way that the internet can really help the struggling new author. Getting twenty five family members and friends to post five star reviews on Amazon may make you feel better, but it may not sway new readers. Hearing good things about you from someone they trust is more likely to.

What do you think? What prompts you to pay for writing by someone you’ve not read before? Whose word do you trust when it comes to books? And when was the last time YOU recommended a book to a friend?

This entry was posted in Book reading, Writing. Bookmark the permalink.

3 responses to “Word of Mouth – Is it the answer?”