It’s that time of year again, when fans of tv, film and comics come together in Vancouver to celebrate the things they love. We’d booked tickets for the Sunday of the three day event, which turned out to be a good thing because Middle Weasel’s film group were shooting a short film in our house and it turned out to be a longer and more…crowded… process than we expected.

I left Mrs Dim wrangling the dogs, and Middle Weasel wrangling the crew, and I took Tiny Weasel, Eldest Weasel and three others to Fan Expo. 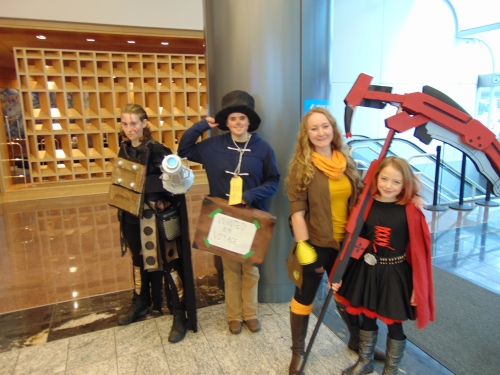 One of my charges wasn’t in costume, so our team for the day was a Dalek Interp, Paddington, and Ruby and Yang. I was dressed as Clark Kent, but seriously, that did not warrant a photograph.

Walking the floor when I wasn’t in costume was one thing. Wearing the Shakespearean Vader costume last years was a very different experience. What was really funny was walking the hall behind Ruby and Yang because EVERYONE loved them.* 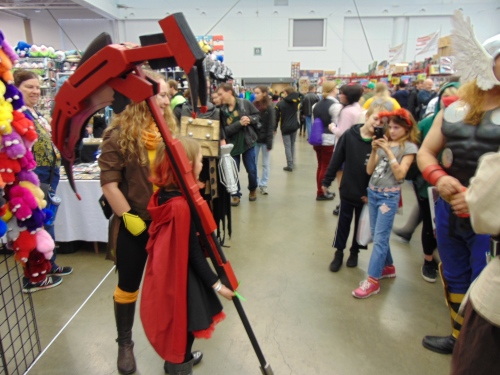 This was my view for most of the day: Grinning as other people went nuts over the props and costumes and asked for pictures.

But I didn’t spend the whole time photographing photography. There were so many cosplayers to photograph instead… 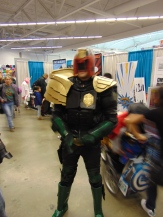 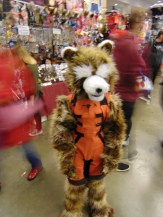 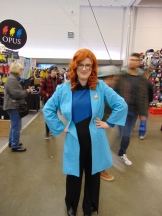 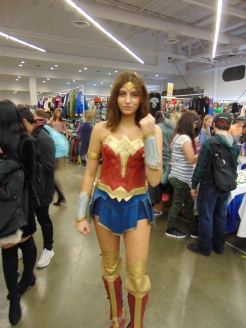 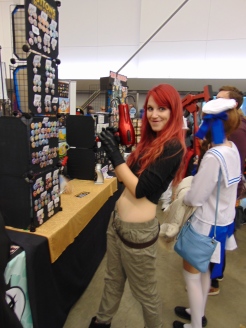 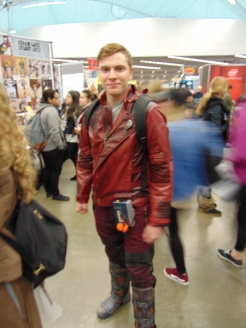 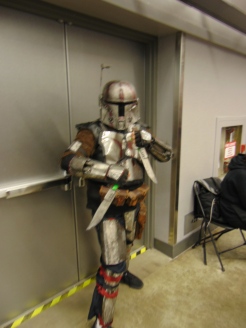 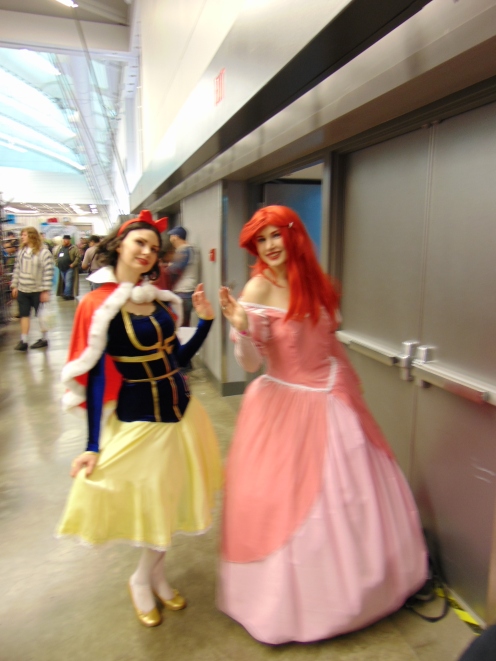 The range of costumes is always impressive, but it’s funny how certain looks come and go. A couple of years ago you couldn’t move for Sailor Moons and Deadpools. Elsa and Ana were big hits too. This year I only saw a couple of Elsas and Anas, and only the one Deadpool: 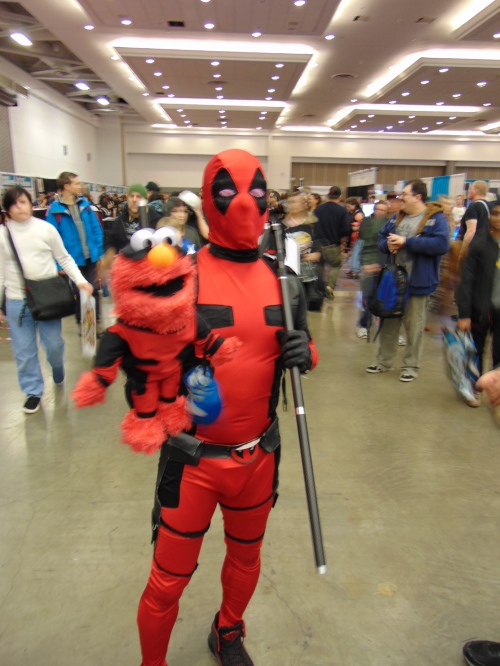 Maybe he only came because Elmo wanted him to?

And I can tell I am getting old, because the number of truly excellent costumes of people I cannot recognise is only increasing. Tiny Weasel showed me over twenty photographs she had taken and excitedly identified them. I was none the wiser. These following pictures are mostly people I DID recognise. Mostly. 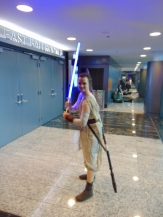 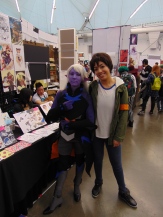 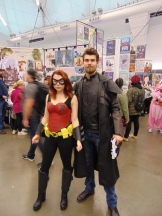 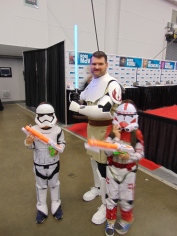 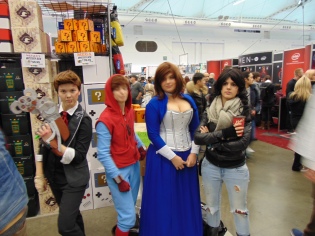 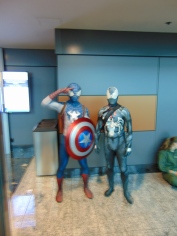 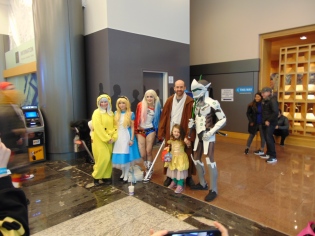 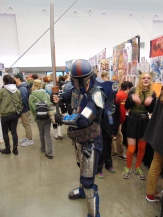 As always, I admired the immaculate uniforms and gear of the 501st troops. They walked the floors, posing for photos and being friendly and accessible – have you any idea how weird it is hearing a stormtrooper wishing someone a good day? 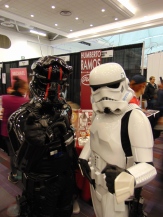 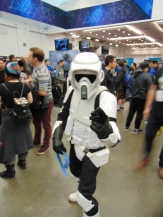 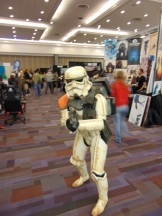 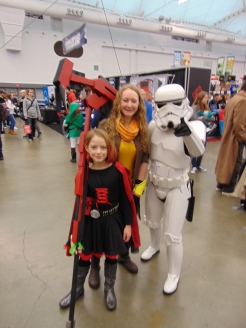 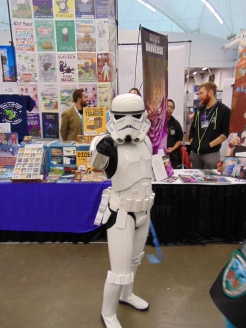 It was a great day, not least because it was Ruby’s first experience of a Con and she was a hit. It was great to see how well she handled the requests for photos and the compliments on her costume and the scythe she carried without complaint throughout.

Already looking forward to next year.

*I had not heard of RWBY before today. I still have no plans to watch it, but it’s clear lots of other people do.