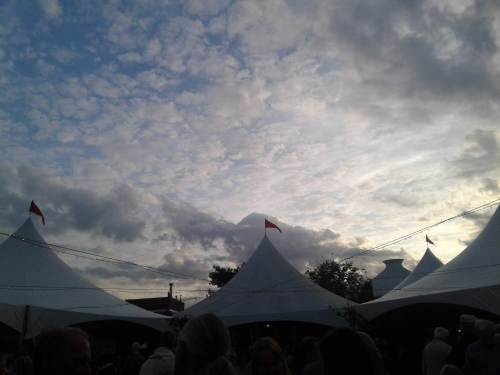 Let’s see – I’ve had a birthday, we’ve been camping, but school hasn’t started yet… It must be time for Bard on the Beach!

Every year we try to go (some years more successfully than others) and every year I am driven to blog about the experience because the productions are so good. Bard don’t need the publicity, I think, they’re doing just fine on sales. Tonight’s tent was sold out, and every seat occupied by an enthusiastic supporter of the arts. 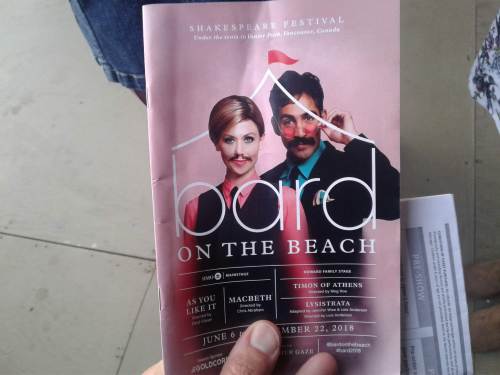 With no visitors, it was only Mrs Dim, myself and all the Weasels, settling into our seats for a performance of “As You Like It”, a play that none of us were familiar with. Well, that’s to say, none of us had seen a full production, but it’s the play that contains the “All the world’s a stage..” speech, and one of the scenes was used in the “I’m Sorry I Haven’t A Clue” Shakespearean Special ‘Pick Up Bard’ game. 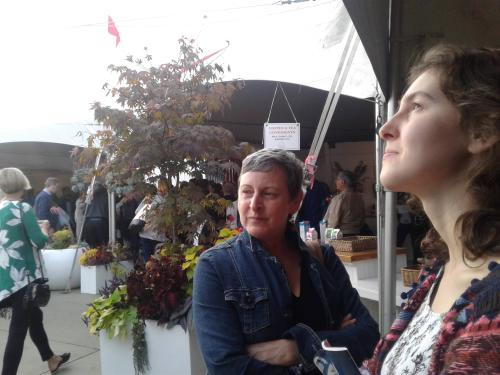 What really put the icing on the cultural cake for us this year, however, was a staggering coincidence. All this summer, Tiny Weasel has been obsessed with the Beatles. OBSESSED. She’s watched their films, documentaries, recited interviews and even purchased a cd! A Child of the Millennium, buying physical media! And this year’s production of As You Like It was going to feature 25 songs…by The Beatles! 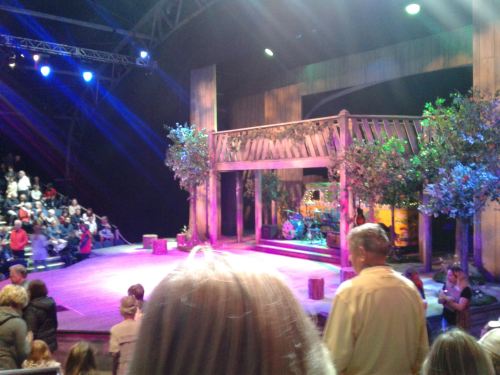 It was a toe-tapping extravaganza, with audience singalongs and plenty of sight gags, alongside the snappy dialogue. Mrs Dim’s favourite moment was

Bard on the Beach must work very hard to make this all look so effortless. It proves there’s life in the old plays yet, as there were people of all ages in the audience, and they had no trouble following the plot or the language. I’m already looking forward to next year.

This entry was posted in Uncategorized, Writing and tagged Bard on the beach. Bookmark the permalink.