At my secondary school, we once read a story that included a scene where people were celebrating the turn of the century on December 31st 1901. At least, that’s my memory of it. There was an intense discussion, which finally made clear to me that the decade isn’t over until the end of the tenth year. So, this decade doesn’t actually end until December 31st 2020, but we all know the REAL end is in just a few days.

Like a lot of people, I’m looking back over the twenty years since the year 2000 and thinking about the changes we’ve seen. 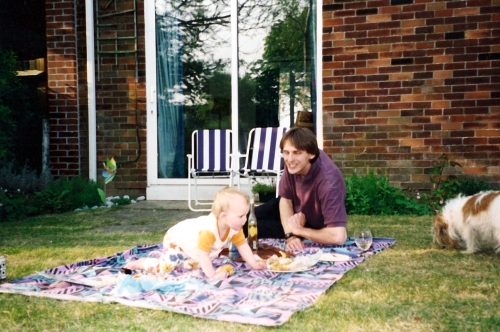 In late 1999, I had written a couple of one act plays and was co-writing a pantomime for the first time. It would be the start of a writing partnership that’s still going today – TLC Creative.

Back then we were living in south Wales, with only the one child. Despite this, I was still making heavy weather of being a stay at home Dad, trying to launch a writing career in between shopping, cleaning, dog walking and childcare. Twenty years seemed an impossibly long time when you’re measuring your child’s growth in weeks, then months. If I thought about it at all, I thought I’d be a published author, supporting my family on my writing earnings. 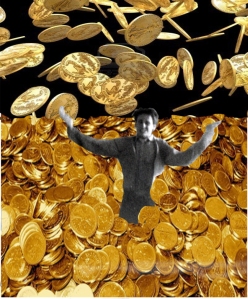 I thought this despite a staggering lack of success in selling the two novels and dozens of short stories I had written.

Instead I’m living on a different continent, working for the library in a job I had never known existed. We still don’t have flying cars or jetpacks (thank goodness!), but the future is wilder than I had imagined.

I thought being a dad would involve wisdom, graciously passing on experience, and having access to All The Answers. I didn’t know it would be a constant rotation of cleaning, cooking, mending, explaining, excusing…. I thought I would know, not be desperately guessing and hoping that things would work out. For me, being an adult is mostly marvelling that other people my age are in charge of multi-million dollar industries or even countries. Mrs Dim is reluctant to leave me in charge of both the dogs at once. 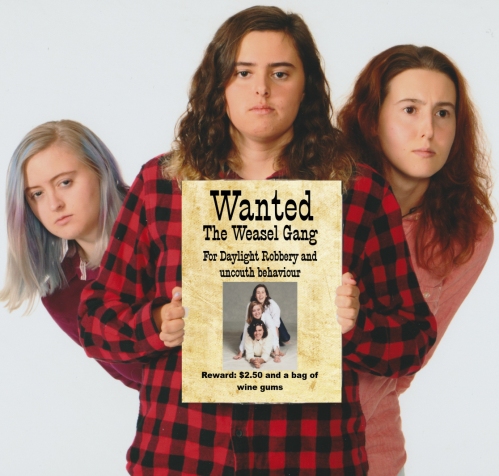 Sometimes I look at the Weasels and think how clever we have been to have gotten them this far. But I know people who are living through these final days of 2019 without children they thought they would see to adulthood. It’s important to be as good a parent as you can, but it’s still a lottery. I find it easier to believe in an indifferent universe than a creator who is capable of saving everyone and chooses not to. The Weasels haven’t been neglected, but there are a lot of aspects of being a young person growing up in BC that I can’t help with. In addition, growing up in the 2010’s is very different to growing up in the 80’s and 90’s, in good ways and bad. My kids are accepting of all kinds of orientation, gender identity, race or creed. They see the kind of ideal world as the norm, and are outraged that anyone should be denied that. Mrs Dim and I believe they’re right, but struggle to explain the problems older generations have with acceptance. We shouldn’t accept THAT, of course, or let it stand, but understanding is important.

In the next decade, we expect the Weasels will be heading out on their own, or with others. How and when that’ll happen, we don’t know. Mrs Dim already has some ideas about what life might look like in the future for us. She talks about her apartment downtown, on the waterfront. The walks she’ll take, the little Pho or Sushi places she’ll drop into. It’ll be a small, but neat apartment. I ask what my place will be in it.

Twenty years on from beginning my real efforts to become a writer, I’m not rich, or a household name (although “Dim” in Welsh can mean “None”, “nothing” or “anything”, depending on context) and I’m not even traditionally published. But I receive a monthly payout from Lazy Bee for the plays that are still selling around the world. I still write new plays, though much, much slower than at the start of the decade, and I don’t intend to stop anytime soon.

Most importantly, this life is one that I’m happy with, despite the occasional requirement to commit DIY. Come what may, the time up to this point has been good, and I’m grateful for that.

I wish you all the best in the coming decade.

(Also, if you want any good plays, check out www.lazybeescripts.co.uk )