Alongside the ever present conundrum of “What sort of plays do you write?”, the second most popular question people ask is “Why did you become a playwright?”*

It’s a fair question, and one I used to answer with some vague pompous and self-aggrandizing waffle about working my way through the various formats until I found the one that took the least effort for the most money.
But the stupid thing is, there’s a sensible and much more compelling answer: My Dad is a playwright.

It’s stupid because it’s taken me so long to realise. Dad has always been a vicar. It’s something he worked hard at, and I only really thought of him in those terms : Dad/Vicar. But while he was doing all that vicar stuff, he wrote several terrific plays for the young people of the church (and a good few adults as well) that play to all the strengths of good community theatre plays.

1.    They are written for a minimalist stage. All Dad’s plays were performed in the church, and although he was able to construct a small stage for most of the churches he worked in, the performance space was not purpose built. There were rudimentary flats, but the main idea was that lighting and props gave the idea of location (along with the dialogue, of course) and any bits of furniture that were needed could only appear if it was feasible to lug ’em onstage by hand during a blackout. 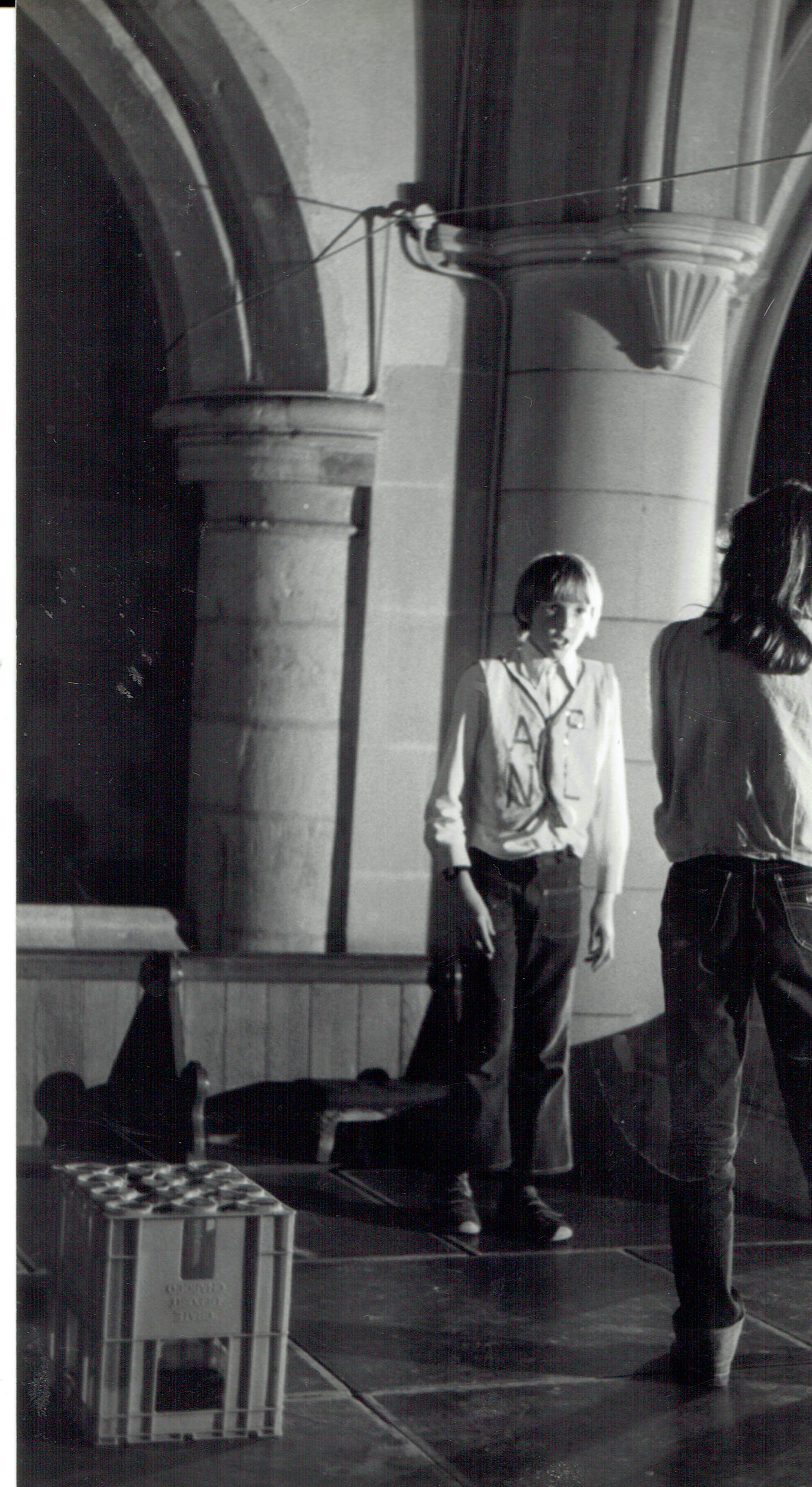 2.       Like the staging restrictions, there were restrictions on the effects available. The lighting was limited, usually either hired or volunteered, but the best you could hope for would be different lighting areas and some colour. No flashy effects or projections – this was in the early Eighties, after all.

3.        Large cast. With the number of kids in attendance, plus the adults, there were a lot of people to accommodate. Luckily the Bible isn’t a small cast production, so there are plenty of parts on offer if that’s your source material. But you have to be pretty smart about how many are going to be onstage at a time, how long are they on or off, and what the heck are all the folks who aren’t onstage doing? 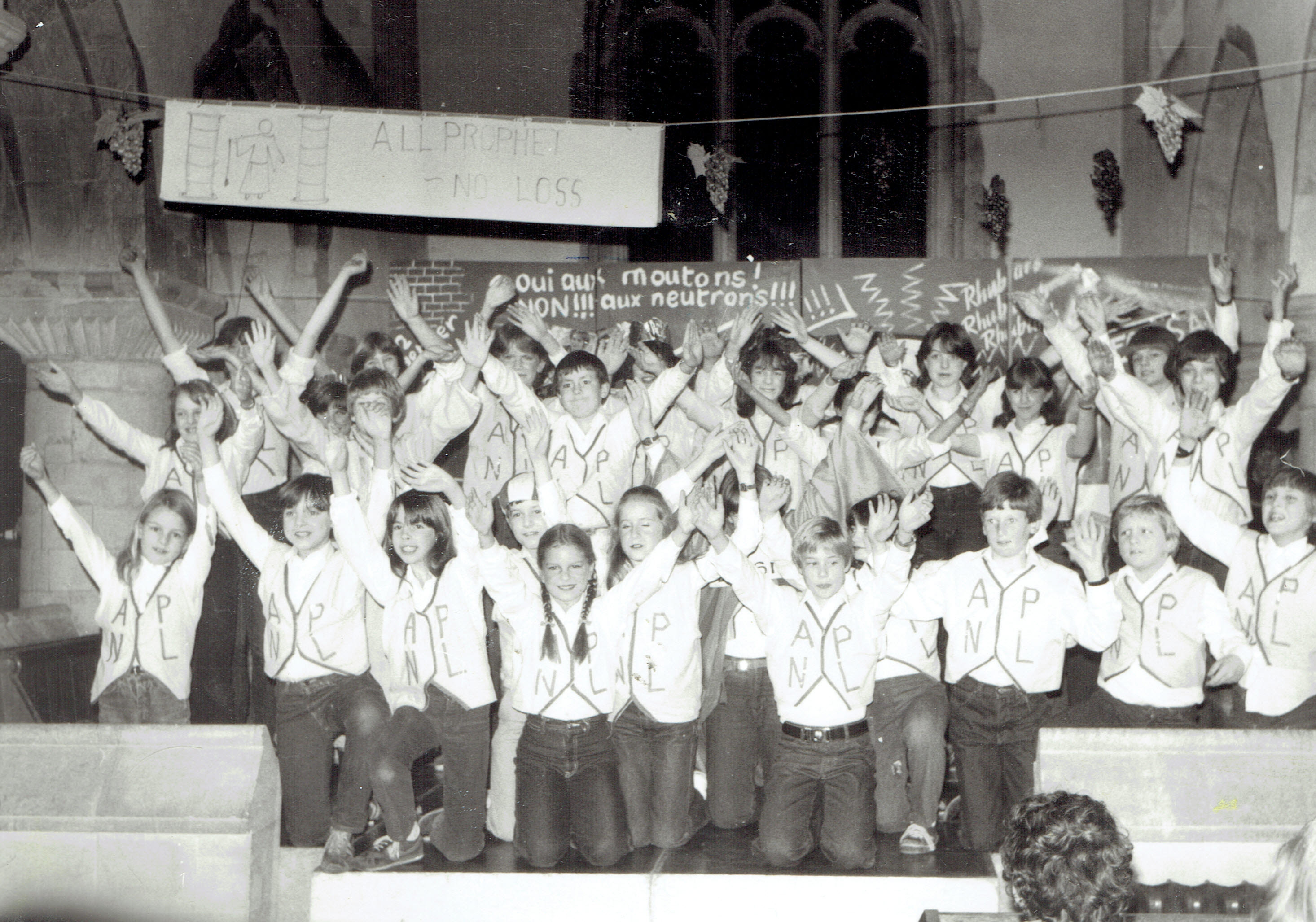 4.     Story. Yes the Bible has plenty of stories to work with, but if you’re performing for a church audience, you have to think of new ways to present stories they’ve heard every Sunday. That was tricky enough in “All Prophet No Loss” which dealt with the various prophets, but in “Man on a Donkey” Dad was telling arguably the most famous story of all, Holy Week and the Crucifixion. 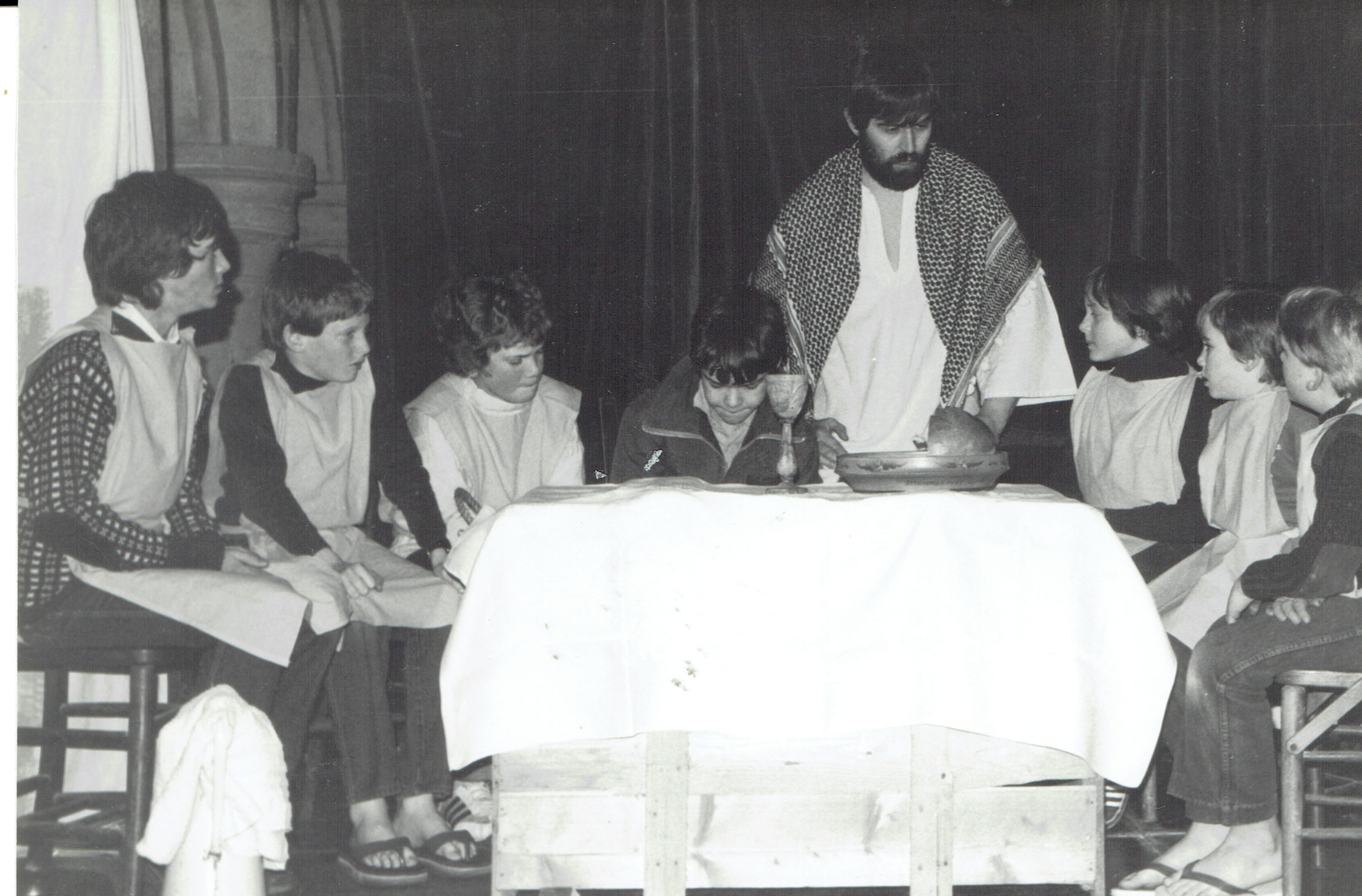 Dad took on these challenges while doing his day job, one far more demanding and time consuming than any I’ve ever tackled. He wrote these brilliant full length plays and my Mum wrote songs to go along with them. Together they produced and directed them, oversaw the making of costumes (again, something simple, like tabards or waistcoats in the main) , manufactured props and painted flats.

And in amongst it all, a young me was wandering around, occasionally helping, usually hindering and always in some part or other. I was the man in the market, explaining the strange behaviour of the Prophet Hosea. I was a slave in Egypt, singing a funny song based on the old hit “Right said Fred” and trapping a wicked overseer in a statue made from cardboard boxes. Critics agree my best appearance was as the advertising salesman “Gordon Bennett” selling his line of Garden Machinery for Block and Dibber.

Years of my childhood, spent preparing for and acting in plays written by my father, and I couldn’t come up with a more compelling reason for being a playwright than : “It was easier than writing a novel.”

Sometimes life’s secrets aren’t secret at all – they’re so obvious you have trouble seeing them.