The Flash Fantasy Project 5: non-epic tales of other lands 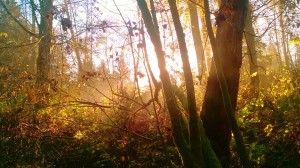 The final descent into the valley was steep, and made trecherous by loose scree. Tired feet stumbled, and though their packs held only the last scraps of food, they still weighed heavily on their shoulders.

Silence lay thick amongst the ancient ruins. Bordin walked steadily at the back of the group, unwilling to intrude on his friends’ air of reverence. These were the homes of their ancestors, and they were the first of their people to walk these streets in hundreds of years.

Frembar halted the company a few times, checking his faded and worn map. He lead them through the remnants of the once-proud city, now just walls, paved sections of street and smashed statuary.

After a while they turned aside from the main streets, weaving through smaller ruins until they found themselves inside a building that backed on to the slope of the valley itself. Frembar pushed aside debris and rubble to clear the very back wall. Dusk was coming on, so torches were lit and the flickering light picked out a design, cleverly manufactured into the brickwork. Bordin gasped. It was the same symbol that had been carved into his father’s work chest, the very thing that had tipped him into this adventure.

The others were muttering now. A couple had fallen to their knees, and old Wargon was actually weeping. Frembar, however, seemed unmoved. Consulting the map again, he pushed hard at a number of bricks in the design and they sank back into the wall. Each brick made a satisfying “clunk!” and then the wall shook and folded down, becoming the floor of a new chamber.

The company cheered as one and stepped forward eagerly, pushing past Frembar who stood holding his map. Bordin wondered if they’d even need it again.

He was at the far end of the new chamber, his torch held aloft and illuminating strange runic characters carved deep into the wall.

“Can you read them?” asked Frembar.

“Better than I can read YOUR handwriting, you young whippersnapper! Just give me a moment to get used to the light.”

Everyone waited as patiently as they could while the elder waved his torch back and forth, muttering to himself and shaking his head. When he shuffled back to the beginning of the carving for the fourth time, Frembar burst out:

“For the love of Egbar’s beard, old man! What does it SAY?”

Wargon turned to face them, the picture of dismay.

“It says the door to the hidden treasury will only open on Vilbard’s Day each year!”

The shocked silence was broken by Bordin’s raucous laughter. Frembar turned outraged eyes upon him.

“What”, he demanded frostily, “is so funny?”

Bordin gulped and hiccuped his way back to sensibility.

“It’s just”, he said, hiccuping again, “that if we hadn’t taken that shortcut with the eagles, we’d be arriving right on time!”

And he was off again, his laughter ringing off the chamber walls and his stony-faced companions.

It was going to be a long six months.