Generally, the weasels are interested in watching the comic book movies, but in common with a lot of people, we’re less keen on the grim direction that DC has taken in recent years, preferring the lighter comic touch of the Marvel universe. However, Middle Weasel’s militant defence of gender rights (along with every other type of rights) meant that this movie was on our lists, and hopes were high.

The film didn’t disappoint. Since it’s still on in theatres, I’m not going to risk any spoilers, but the colours were gorgeous (in contrast to the iron and steel of Batman and Superman of late) and the origin story made a gloriously insane kind of comic book sense (though I could hear Tiny Weasel huffing about the mangling of Greek Mythology a couple of seats over). The truth is, DC don’t mess with Greek mythology any more than Marvel have with Norse to get Thor onto the Avengers team, and since no one on either production has been struck by lightning, neither pantheon is too offended by their portrayal. 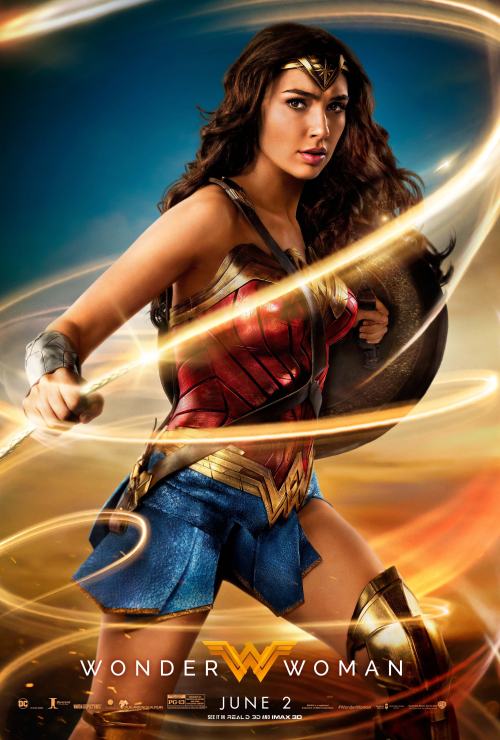 The story has been well-thought out: Wonder Woman appears at the closing stages of World War One, and though there’s still a lot at stake, she’s not brought in to re-fight battles we know were won by the sacrifice of real soldiers. It’s not disrespectful in that way. In fact, the film highlights again and again how much the innocent suffer in war, and my weasels were struck by the youth of the German soldiers, when they remove their gasmasks at the end of the film. This is not a film that revels in war, even as the choreography of the fight scenes makes them a phenomenal ballet.

I think the question of whether or not it’s a Feminist movie is a stupid one. It’s a good film. It has a female lead that young girls can look up to – long overdue, and in short supply still. It’s got a female director, and though it often bugs me that the director gets all the kudos for a good film and the writers for a bad one, I have no doubt that women in Hollywood have a harder time than the men, so I applaud Patty Jenkins for a terrific film. I hope the door stays open for women in film now.

Straight, white, middle class males have had the run of the world for a long time. If we whine when someone else has a chance to see themselves on the big screen, as the main character in a book, or leading a country, then it’s the feedback of realising how other people have felt for centuries. Wonder Woman is a great film, and it’s good to see it done so well with the effects available now. But it’s a shame it’s taken 76 years to get her a movie of her own.

*Polly Cottage is not our official address, nor is it named for any relative called Polly. If you really want to know, it’s because we’re big fans of Mr Gum, but have a short mailbox.