Still looking, but in the meantime…. 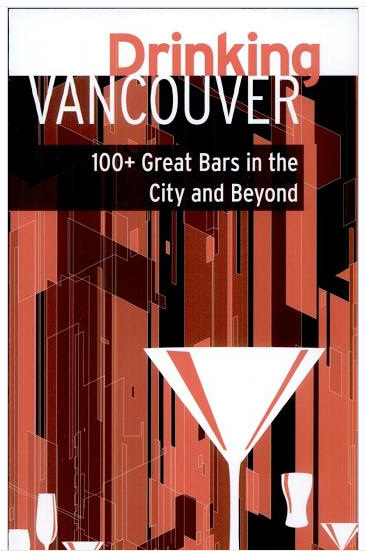 I’ve held off on posting another entry, despite the excellent advice from Miss 604 (www.miss604.com) that you should add new content frequently, because up until last night, I really only had my lack of jobhunting success to whine about…excuse me, to document for your interest and amusement.

But last night I got to go out and attend the book launch of “Drinking Vancouver” by The Famous John Lee (follow him on Twitter: http://twitter.com/johnleewriter) It’s the first time I’ve been invited to a book launch (by someone I’ve actually met) and since John’s a very nice person and has worked slavishly hard researching every bar featured in his book, it seemed only fair to go along.

Life in the household is never that simple though. The do kicked off at six, and at five fifteen, I was still at the Ice Rink with Middle Weasel and Tiny Weasel as they finished their latest round of skating lessons. Clutching their certificates and badges, I hustled them into the car and rocketed (at a legal and sedate pace) through the darkening streets to the SkyTrain station at the foot of our hill. There I met Mrs Dim, who was returning from another business-type, symposium/seminar/workshop on important things that I don’t quite follow. We did a flying exchange (I had the decency to stop the car, at least, even if the engine was still runnning) and I was on the train and away.

I still haven’t got used to the SkyTrain. It’s clean. It’s quiet. There’s almost always room to sit down – although I realise I always travel off-peak, and there’s going to be standing room only in a fortnight when all the commuters forced off the road by the Olympic Road Closures cram on board – and the people are non-threatening. Well, of course they are – they’re Canadians. Anyway, it’s a lovely journey from our neck of the woods into Downtown. There’s only one change, and it seems like everyone on the train makes the same change, so you sweep off the carriage at Broadway/Commercial and continue sweeping up the stairs and onto the higher level platform. Then you have the choice to make, because the Downtown train will always be there, doors open. If you run, flat out, you  MIGHT just make it. Or, like the guy in front of me last night, you might get there just as the train pulls out and have to go from a sprint to a nonchalant stroll, trying to convince the passengers on the other side of the platform that this is how you always arrive at the station.

So on to the next train ride, past the magical sparkling globe of Science World, and before you know it, you’re in Downtown! I had no weasels in tow, and I was on my way to an event that it would be acceptable to drop in to, so no urgency. It was a fresh evening, rather than cold, and the trees of Gastown were lit with beautiful white Christmas lights – I wonder if they ever take them down? They shouldn’t because it looked magical. Everywhere I looked seemed to have been renovated and renewed and I was getting pretty excited about seeing The Alibi Room (http://www.alibi.ca/) where the launch was being held.

I lost my cool within seconds of entering. I’d seen the poster in the lobby saying that the launch was downstairs. I strode confidently up to the Maitre d’ and asked how to get downstairs. She indicated the huge staircase just to her right. “Down the stairs?” she suggested. D’oh! Downstairs was bustling, and I quickly joined the queue to pick up my own copy of the book – I have family coming out to visit soon, and I figured this is another useful guide to have. I hadn’t realised John had also written a walking guide to Vancouver too (read about it here:http://insidevancouver.ca/2009/12/02/the-perfect-gift-book-for-olympic-visitors-john-lees-walking-vancouver/) and I think that might have to become part of the family library of guide books before long.

I grabbed a drink and stood at the end of the bar, feeling slightly lost and awfully English. I’ve noticed Canadians are great at meeting people. They start conversations easily and naturally, ask relevant questions like “What’s your name?” without it sounding like a criticism or interrogation. Lucky for me, a Canadian came up to me and did just that. Margarita is in the middle of a writing course, and had been told to network. She was easy to talk to and interested in what I wrote, so I talked too much and made little sense. Then she met another friend and introduced me, and Helen was from the UK, so we talked about contrasts, visits to the Old Country and what we miss.

I had a chance to thank John for the invitation and get my book signed, and then I headed off. I had a worry that if I stayed longer I would start to bore people, and I had enjoyed the conversations I’d had. Best to quit while you’re ahead.

Outside the night didn’t feel any colder, and the trip was just as much fun in reverse. All the way I was thinking how lucky I am. Writing plays is something I enjoy, and people seem to like the plays I’ve written (with the possible exception of “Three Sons” and “Yes, but how was the play, Mrs Lincoln?”… Nobody seems to want those ones.) For ten years I’ve seen things I’ve created go out into the world and bring back money, and I’ve been able to say “I’m a writer” and prove it to people. Talking with other writers in recent weeks, feature writers for the most part, I hear them worrying about shrinking markets, convoluted and disadvantageous contracts, increased competition and lower wages. I shouldn’t be complaining that I have to find other work, I should be thankful that it’s taken this long before the need has arisen.

So I’ll update on the employment situation when there’s something to say.