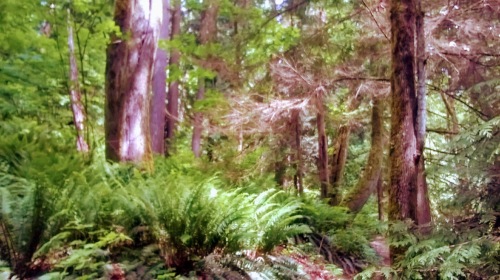 Finding a way through the woods..

This week has been a little busier than most, since Mrs Dim launched off to the UK with Tiny Weasel for a whistle-stop pre-Christmas visit. There was a lot to organise before they left, and, strangely, even more to organise once they’d gone. But despite the pressures of laundry, cooking, shopping and work (all of which, now I come to think of it, I was doing anyway) my latest play* “Under the Hood” was published by Lazy Bee Scripts.

The play is about Rose and her husband Mark. Mark works at a job he hates, because he has a heavy workload that his boss doesn’t understand. Rose is an aspiring actress, and she’s just secured a role in a small production that has a lot of prestige attached – it’s directed by theatre legend Cain, a man so awe-inspiring that he’s known by just the one name. This could be the start of big things, even though the production is a new interpretation of “Little Red Riding Hood”.

As Rose learns more about the part, Mark is finding his limits with his work situation, but the mortgage rides on his salary. Tempting him all the while is the chance to risk it all on a startup with his friend Mike. The payoff could be huge, or it could be disaster, and his company have a yellow dog policy that would prevent him profiting from any idea he had on company time, so he’d have to be underhand…

Things come to a head on Rose’s final night in the play, as the couple finally find their way through the woods and come out on the other side to face the future.

You can read the complete script here.

*It’s not the latest I wrote, just the latest published. I wrote it, but it had some issues, and in between writing it and rewriting it, I wrote another play and it got published first. THAT’s my latest play, chronologically speaking. Maybe I shouldn’t have tried to explain.