Where’s that accent from? 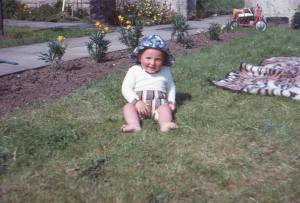 I always had a unique sense of style.

I don’t have an accent.

That always starts an argument over here.

“Yes you do!” people say. “You have a British accent. You sound different to us Canadians.”

And that’s true enough. But people don’t often say “Is that a British accent?”  They say “Where’s that accent from?” and when I say “The UK.”, they say “Oh yeah? London?”

Because, you know, most of the UK is covered in London. Except for the bit that is Scotland.

We went to Scotland once. It was shut.

Anyway, when I say no, it’s not London, people ask where exactly it’s from. And I sigh, and say “It isn’t from anywhere. I don’t have an accent.”

I don’t have a REGIONAL accent, is what I mean. I was born Oop North, and grew up talking like this   but when I was still quite young, we moved down south, where everyone spoke very differently. With only my brother sharing my peculiar way of speaking, I quickly adapted to a more moderate accent. I say “glass” with a long “a”, like in “Darcy”, rather than “passive”. When I say “castle”, it rhymes with “parcel”, not “hassle”. I may have picked up the Hampshire accent, but it’s not really very regionally distinct, so I can’t be sure. 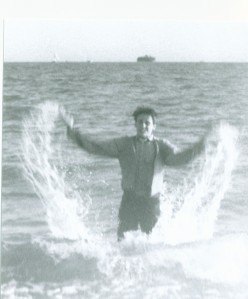 I lived in Portsmouth for a while. Some parts are damper than others.

The UK is rich with regional accents, and it’s quite amazing to consider the variation over such a small area. I still don’t understand the Canadian need to pin down a specific location, when so many of the people who are asking haven’t been to the UK, and (more importantly) don’t share any of our own regional prejudices.

Posted in Emigrating with Weasels