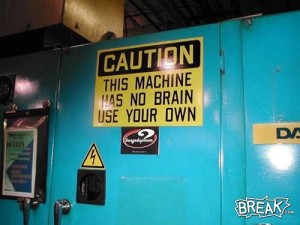 I didn't have a relevent photo for this one.....

That was a title that made me laugh, then I realised it would have no significance for 90% of the people who stumble across this blog. Never mind, I’m not explaining.

I’ve noticed that my blog entries over the past month have fractured into two distinct streams – the real life commentaries, talking about the riveting renovations and my lack of progress in taking the writing world by storm, and the more Meta pieces about issues that I think might be of interest to folks who don’t know me. When I found myself sitting down to write an entry solely because I thought it might turn up on google searches, I had to stop and think about why I was writing in the first place.

Yes, I check my readership stats obsessively and I’m unreasonably jealous of those lucky bloggers who make the front page of Freshly Pressed and get thousands of hits but there should be a more pressing reason to blog than getting the big numbers, right? I call myself a writer, and that’s because when I need to express something, or explore an idea, I reach for a pen or a keyboard, not a camera or a paintbrush. This is who I am, it’s what I do.

I’ve been involved in some discussions over on LinkedIn, the business networking site, with colleagues from “PWAC” about the importance of Social Networking and using it to boost your business. That’s why I moved my posts over here to WordPress, as you’ll know if you’ve read them all. I used to have a blog on Yahoo 360, which moved to another place (Multiply) when 360 closed. Let me go off on a tangent for a minute here…I’ll get back to Linked In, I promise.

360 was an online community thing, a bit like Facebook. I had a group of virtual friends, we all blogged and commented and had online talks.  Some of my friends I only knew through their avatars.

Bowzer, for example, will always be a small dog to me, because that’s how he presented himself and he never broke character. 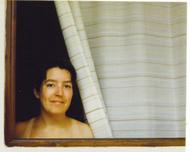 Kate was a real person, and although she preferred to use Gil Elvegren pictures for her avatar, she appeared in person a couple of times, so I knew what she looked like. This was back in the days when there were fewer weasels and I was just beginning on my great writing adventure. I had more time to waste in front of the PC and these people filled that time and probably a gap in my life too – I had moved far from home and missed having friends to talk to. The important thing for this entry was that my blog back then was a personal joke. I wrote what I wanted to write, I wrote things that were deliberately silly, took joy in including photos that made me laugh and had no relevence to the subject. I was not motivated by anything but the urge to write. Yes, I wanted my friends to read and comment, but their approval and laughter was the only goal I had, not increased business success.

Back to Linked In. Someone posed the question “Why do we have a Linked In group?”  and I used it to whine about my lack of success through social networking – not enough people have bought my book, I’m not getting calls from agents etc etc. I got a gentle slap down from others in the group pointing out how I should be doing the social network thing. It comes down to using social networking as a business tool, and that’s when I pull up short. There are days when I’m out walking the dog and a dialogue is running in my head. I would get rid of it by writing it down, but I can’t use it in my blog because that’s not the wisest business course. I worry about who’s going to read it and what they’ll think. I’m self-censoring. That’s a good thing if I’m whining again, but does that mean I should be running two blogs, one for me and one for business? What happens if more people read the fun one than the business one? What happens if no one reads either one? 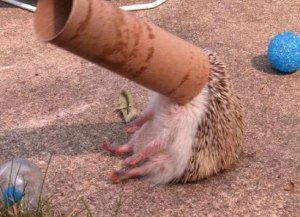 Mrs Dim says the posts I put up are interesting enough but too pedestrian and I guess I agree with that. This one certainly is, but unless I’m laying the ideas out, I can’t get my head around them. I intended to talk about the blogs that I follow, the ones that I read on a daily/weekly basis, but I guess that can wait until next time. Meanwhile, in the spirit of capitalising on the power of Social Networking: BUY MY BOOK! (www.tiny.cc/ghfo9) VISIT MY WEBSITE: www.tlc-creative.co.uk  Follow me on Twitter! Send me MONEY!